Dan Pratt, a native of Hallora, was inspired to found this annual event in 2015 after his close friend, Sarah, was diagnosed with leukaemia and Pa with cancer. The Hallora Marathon Festival raises funds to support Peter MacCallum Cancer Centre’s research into finding a cure for cancer, a cause close to Dan’s heart.

Participants – walking, running or cycling, anywhere from 1km to 42km – get to experience the ups and downs of exercising, quite literally, as hills are unavoidable in Baw Baw Shire!  When sweat isn’t dripping into one’s eyes, the scenery is beyond beautiful; lush green paddocks with plodding, cud-chewing spectators urging participants to moo-ve faster, hazy blue mountains beckoning in the distance; wetlands with ducks waddling alongside and frogs frenetic in croaking their encouragement.

The REDfusion team kept pace throughout the day with the participants (perhaps with just a little bit of combustion engine powered cheating) to capture the camaraderie, competitiveness, energy and, finally, elation in crossing the finish line.

High Fives’ and smiles are the order of the day! There are a number of reasons why Tony Richards enjoys participating in The Hallora Marathon Festival, including it being a great local event organised by Dan and Laura, with a fundraising aspect; opportunity to connect with the community whilst enjoying the landscape, coming out from the hills into the towns, and sharing the experience with friends and family. Tony reiterated how well-organised the event is, with great traffic management and a lot of care and attention to detail.

Generally, Tony’s motivation to run is not ‘running to time’ but, rather, to have fun and enjoy the experience.  However, the Hallora Marathon provided the opportunity for Tony to qualify for the Two Bays Trail Run of 58km in January, 2022.  Tony had to complete the 42km in under four hours 30 minutes and he smashed it with the time of four hours 20 minutes.

Potentially, Tony’s time could have been even more impressive but, due to a mishap with his water bottle, he had insufficient electrolytes that resulted in excruciating cramping.  Thankfully, at Drouin, two amazing volunteers, Jackie and Sally, were able to provide care, enabling Tony to finish the course, for which he expressed extreme gratitude for these angels!

What were his favourite memories of the day?  Tony said being able to stop (yes, they actually stopped running) and say, “Gidday, Dave” to a 72 year old (or thereabouts) veteran of more than 370 marathons; crossing the finish line to see family waiting and then relaxing on the footy oval, enjoying the big blue sky.

Tony sums up the appeal of the day so eloquently, “Great vibe, positive atmosphere and enjoying the countryside with friends and family.”

Amy Hewitt considers herself a novice runner who has always wanted to run a marathon.  Supporting the local community and worthy causes is important to Amy and she determined that her first marathon would be Hallora, where she could run with comrades from Baw Baw Runners and the wider community.

In the lead-up to The Hallora Marathon Festival, Amy included walking an hour a day throughout August, in support of ‘PAWGUST’, a fundraiser for Guidedogs Australia and later ramped up her training with running the 30km track between Hallora and Warragul, fine tuning her pacing and endurance for the 42km.

Amy set herself a goal of finishing in five hours and she came so close with five hours 15 minutes; what a remarkable achievement!  Amy plans on commemorating this with her first tattoo, something she’s planned to do for some time, but waited for the right milestone to celebrate.  Thanks to a friend, and as a surprise, Amy’s close friends and dogs were at the finish line, helping her past the post, and this was a huge socialising milestone for her rescue Border Collie.

When asked if she would recommend the Hallora Marathon, it turns out Amy has already been doing just that!  Amy enthusiastically listed reasons for her recommendation, including:  amazing vibes; being a local event; hugely supportive with knowing the Baw Baw runners; everyone was happy and encouraging each other with ‘high fives’.  Amy’s summary, in a nutshell:  “It was just so good!”

What’s next on Amy’s bucket list for marathon achievements?  The Great Southern Endurance Run’s 50 mile event and then GSER’s 100 mile event the following year. Wow, Amy, you are simply amazing!!

In 2016, after a twenty year running hiatus, Michael Winterton was encouraged by young guns at the theatre company to join in the weekly parkrun.  Somewhat to his surprise, Michael found that 5km was more than merely achievable and his time has been improving exponentially, ever since that first community run.

The Hallora Marathon Festival was Michael’s first big event, running the 16km track.  He’s now clocked up four Hallora half marathons; the last one with his doctor, Holly, running alongside him, making Michael feel, “very safe.”  Since his return to running, Michael’s fitness has certainly increased, he has dropped 14kg and he doesn’t feel his age (we will leave you to speculate as to what that age is).

Michael is very humble in sharing his milestones, achievements and aspirations, and it took a bit of cajoling to pry information from this quiet spoken man. Since putting his running shoes back on, Michael has competed in excess of 50 half marathons, with his aim being to run one each month. James, from our REDfusion team, reminisced about running his own first half marathon alongside Michael who, chuckling, recalled, “nursing James along.”

When asked if Michael would recommend anything in particular about taking part in The Hallora Marathon Festival, he said it is a wonderful local event for a good cause, with really friendly people and volunteers.  Yep, that pretty much sums it up!

One of Michael’s current hobbies is to work on expanding his Big Map, where all his tracked runs on Strava merge together, showing how far across the state of Victoria he has travelled. When Michael first competed in Hallora, he was impressed how far down on the map he had travelled, which inspired him to continue to join all his runs together. He has now traversed from Hallora to the sea in the South, climbed Mount Baw Baw in the North,  stretching his map towards the Alpine Plateau and is just 16km short of Puffing Billy.   Michael now has his eyes on joining his runs South-East Gippsland, hoping to reach the tip of Wilsons Promontory soon.

Thanks, Michael, for showing that running is for both the young and young in heart. 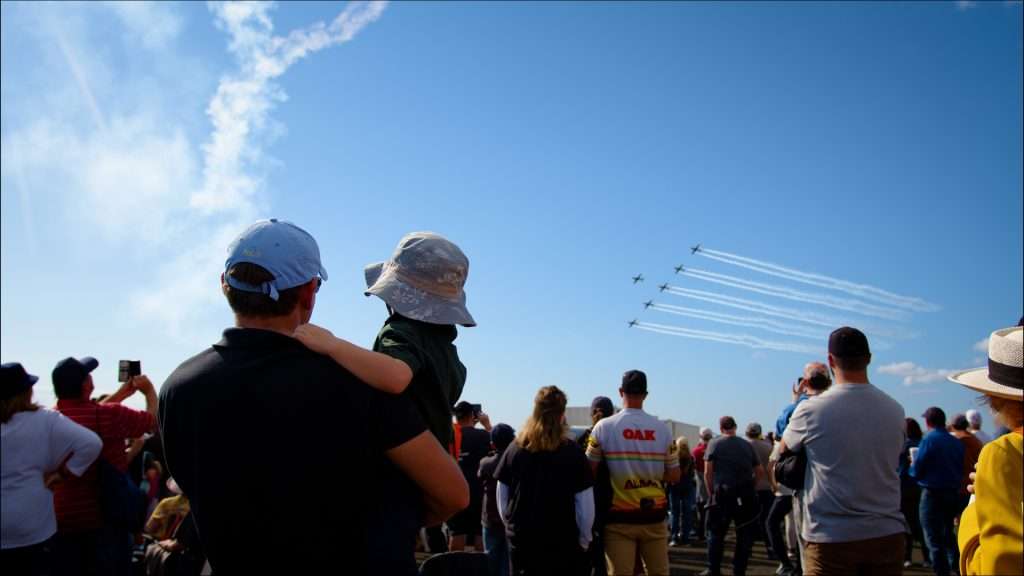 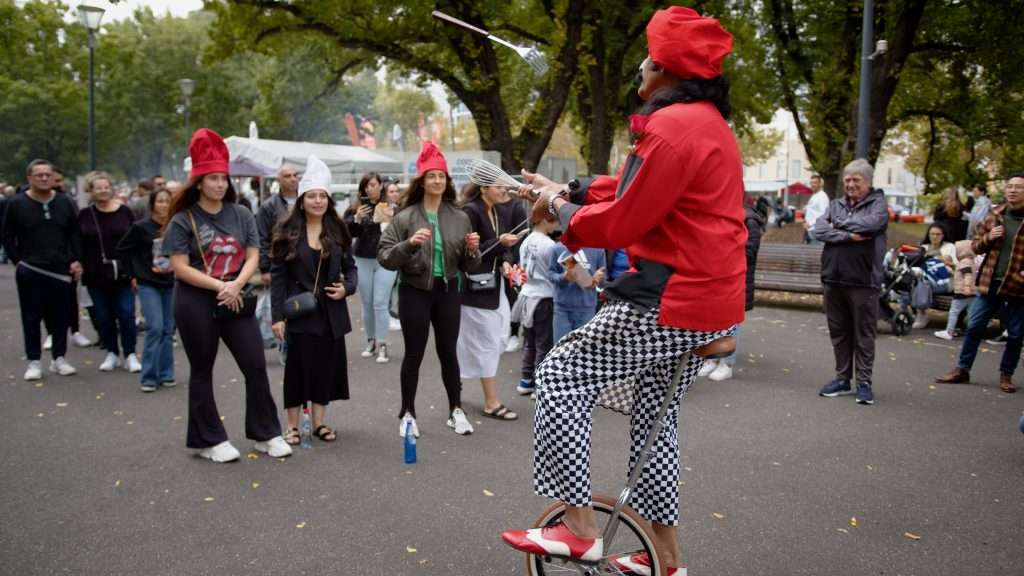 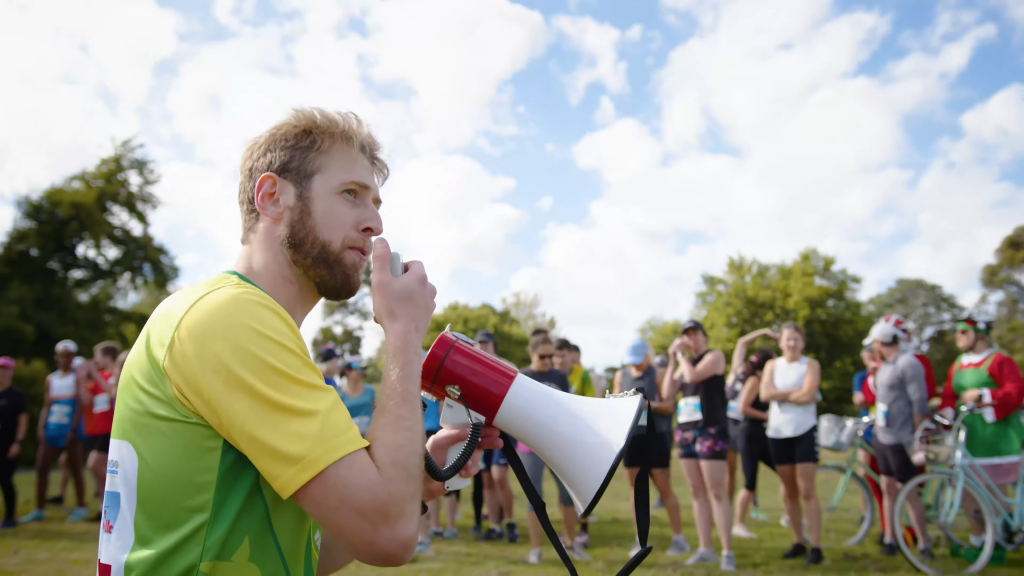